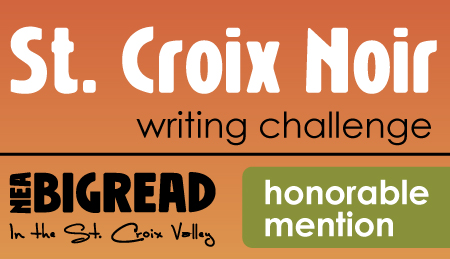 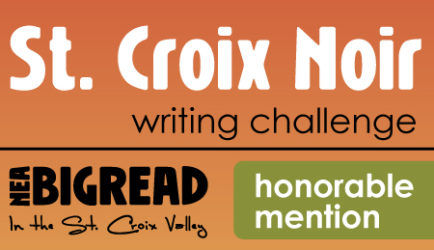 She had seen him die a thousand times since that night he pulled her over and laid his dirty cop hands on her body.  The phone call about her mother waking her just before midnight and the mad rush out of the house, still in her nightshirt and pajama pants.  Blue and red lights.  She could barely open her wallet to hand him her license.  Words jumbled as she tried to explain why she was speeding.  Under different circumstances, she might have even tried to flirt with him to get out of the ticket, but then it was like he hadn’t even heard what she said about her dying mother.  As he leaned on the car door into the window to take the license, his hand more than brushed across her braless breast; his thumb finding her nipple before taking the license from her trembling hands.  After looking at her name and commenting on her address he dropped the license in her lap, then, reaching down to retrieve it, he thrust his fingers between her legs, his eyes wide and staring right through her.

“I’ll let you go with a warning this time, Jessica.”  He said as he handed back her license.  “but don’t let me catch you speeding again, or I might really have to punish you.”  This time, with the back of his index finger he caressed the side of her face, down her neck, and again over her left breast before she watched a slight tremor run through his body and he stood up and said, “Now you have a good night, Ms. Young,” and returned to his squad car.

She couldn’t believe she had done nothing, said nothing.  She sat there on the side of the road berating herself and hating him with a loathing she could feel deep inside of her.  It was at that exact moment that her mother silently slipped away, alone, in a cold, over-lit hospital room, hoping for her long-estranged but recently located daughter to be by her side.

When she finally arrived, trying to collect the whirling chaos in her head into coherent words to express her forgiveness and love for a mother that she never really knew, Jessica learned that her mother had passed mere minutes before her arrival, and she silently cursed him for everything he stole from her in those few brief moments on the side of the road.  It was later in bed as she tried to capture even the smallest amount of sleep, that she first visualized his death.  There was no shortage of ways that she envisioned him coming to his untimely end, and what began as random fantasies about his death slowly evolved into a plan.

Weeks passed as she trolled for him, going out only on the nights that she knew she hated him and herself enough to finish the job.  Speeding down the parkway toward the hospital hoping to get pulled over, and when she did, she would take whatever he dished out, again, then she would ask him to meet her for a drink.  She had no trouble getting the roofies: Davis didn’t even bat an eye or ask any questions when she asked him if he could get her some, which is why she had asked him and not anyone else.  Once she had him roofied up, she would take him to the railroad bridge, weight him down with some cement blocks and sayonara!

Her heart began to race as soon as she passed the parked squad car, and she had to consciously remind herself to keep on speeding, not to let up on the pedal as she normally would.  The lights flashed on and he pulled out behind her, and she found herself pulling over on that part of the Parkway where it narrows down to two lanes and wends through the Schuester Canyon before coming out in the new part of town where the hospital was.  As the officer stepped from his car, her stomach lurched as she recognized him immediately.  Rage overrode all organized thought as he approached the vehicle and before she even knew what she was doing, she threw open her door just as he approached the car, sending him stepping back and out into the lane of on-coming traffic and the odd presence of a semi-truck on the Parkway at 2 AM, and she wept with relief that she would not have to feel the touch of his hands again.